Ald. Settles With Genoa Over Arrest 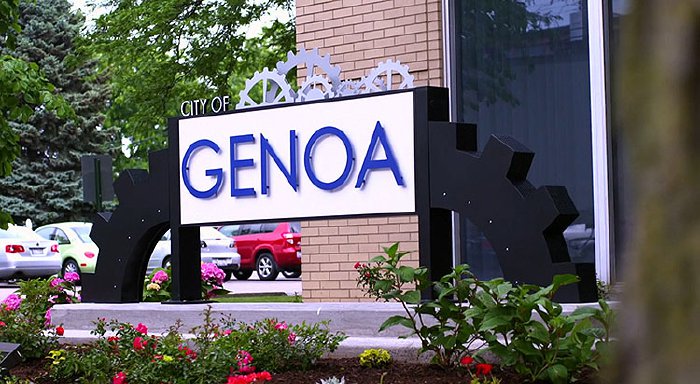 Ald. settles with Genoa over arrest

A northern Illinois city will shell out $225,000 to settle a lawsuit brought by a resident — now an alderman — who claimed he was the victim of police brutality and malicious prosecution.

The federal lawsuit brought by plaintiff Charles Cravatta against Genoa was settled 12 days before the parties began a jury trial, according C. Nicholas Cronauer, Cravatta’s attorney and a partner at the Sycamore- based Burns Cronauer Brown LLP.

“He’s just grateful and happy to get this behind him and get on his life,” Cronauer said. Cravatta alleged in his March 2014 amended complaint that in July he was with his son-in-law at a Mobil gas station in Genoa when police officer Ed Lopez approached them.

Lopez told the individuals he was investigating a domestic disturbance, but Cravatta alleged the officer used “an accusatory and hostile line of questioning” to determine if he had struck his son-in-law.

Cravatta turned to walk away, but Lopez allegedly grabbed him by the arm, spun him around and punched him twice in the face.

Cravatta said he hit his head against the ground when he fell.

After Lopez and another officer handcuffed Cravatta, Lopez allegedly kicked him in one of his thighs.

At the time of the incident, Lopez was a part-time police officer with Genoa; he was employed full-time at the Hanover Park Police Department.

Cravatta alleged that Lopez had been disciplined 14 times by the Hanover Park Police Department, including a suspension for using excessive force on a 17-year-old.

A few days after he was arrested and charged with battering his son-in-law and assaulting Lopez, Cravatta said he complained to Todd Walker, the then-mayor of Genoa, about Lopez’s conduct.

In response, however, Walker allegedly directed the city attorney to write a letter to the DeKalb County State’s Attorney’s Office, urging prosecutors pursue the aggravated assault charge against Cravatta.

“The former [m]ayor deliberately attempted to use his political clout and acted under the color of state law as an elected state official of the [d]efendant [c]ity pursuant to his official duty as mayor of the city in order to influence and perpetuate the malicious prosecution of the [p]laintiff by way of his clout as an elected official,” Cravatta wrote in his amended complaint.

Cravatta sued Lopez, Walker and the city of Genoa in August 2012.

He was found not guilty of battering his son-in-law or assaulting Lopez following a July 2013 jury trial.

As his lawsuit was pending in 2015, Cravatta ran for and was elected as one of the aldermen of the city’s 3rd Ward.

A news release issued by Cronauer describes Cravatta as being the police department’s “biggest proponent.” Cronauer added that Cravatta has been instrumental in pushing for the adoption of dashboard cameras.

“He has done a lot to try to make sure this will never ever happen again,” Cronauer said. Cronauer added that Lopez is no longer employed by the Genoa Police Department.

Cravatta alleged a number of claims in his March 2014 amended complaint, some of which were dismissed as the case proceeded before U.S. District Judge Frederick Kapala.

Had the case gone to trial, Cravatta would have argued Lopez’s use of excessive force led to a blood clot developing in his head months later.

He would have also pursued malicious prosecution and retaliation claims against the city and Walker, Cronauer said.

According to Cronauer, the $225,000 will be paid by the city’s insurer and will not affect the taxes residents pay or the services they receive.

The city of Genoa and Walker were represented by Alison M. Harrington and Scott B. Dolezal of Best, Vanderlaan & Harrington. They did not return a request for comment.

Lopez was represented by Brian P. Gainer of Johnson & Bell Ltd. He declined to comment.